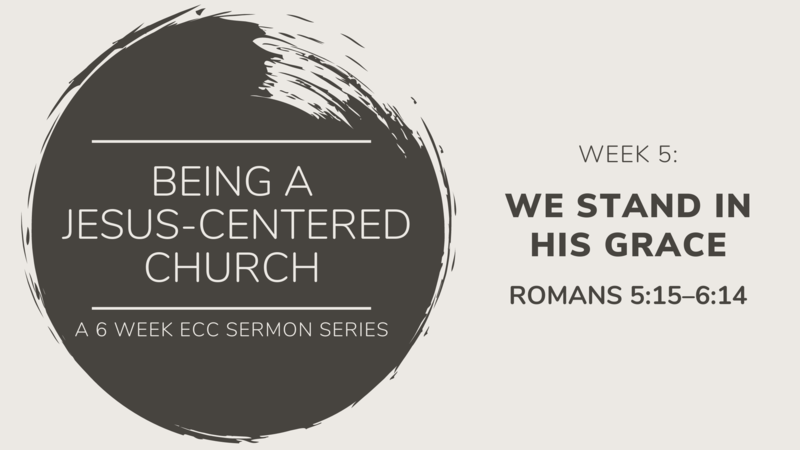 Our 5th message in our 6 week series, "Being A Jesus-Centered Church."

[18] Therefore, as one trespass led to condemnation for all men, so one act of righteousness leads to justification and life for all men. [19] For as by the one man’s disobedience the many were made sinners, so by the one man’s obedience the many will be made righteous. [20] Now the law came in to increase the trespass, but where sin increased, grace abounded all the more, [21] so that, as sin reigned in death, grace also might reign through righteousness leading to eternal life through Jesus Christ our Lord.

[6:1] What shall we say then? Are we to continue in sin that grace may abound? [2] By no means! How can we who died to sin still live in it? [3] Do you not know that all of us who have been baptized into Christ Jesus were baptized into his death? [4] We were buried therefore with him by baptism into death, in order that, just as Christ was raised from the dead by the glory of the Father, we too might walk in newness of life.

[5] For if we have been united with him in a death like his, we shall certainly be united with him in a resurrection like his. [6] We know that our old self was crucified with him in order that the body of sin might be brought to nothing, so that we would no longer be enslaved to sin. [7] For one who has died has been set free from sin. [8] Now if we have died with Christ, we believe that we will also live with him. [9] We know that Christ, being raised from the dead, will never die again; death no longer has dominion over him. [10] For the death he died he died to sin, once for all, but the life he lives he lives to God. [11] So you also must consider yourselves dead to sin and alive to God in Christ Jesus.

[12] Let not sin therefore reign in your mortal body, to make you obey its passions. [13] Do not present your members to sin as instruments for unrighteousness, but present yourselves to God as those who have been brought from death to life, and your members to God as instruments for righteousness. [14] For sin will have no dominion over you, since you are not under law but under grace. (ESV) 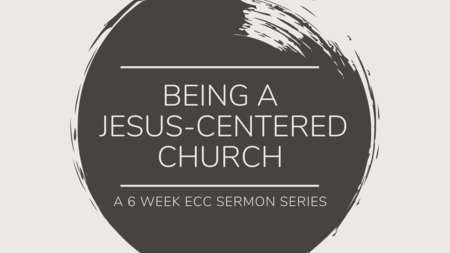 Being A Jesus-Centered Church

We Live for His Global Glory

We Stand In His Grace

Being A Jesus-Centered Church
Ephesians 4:17–5:2

We Speak to Him in Prayer

We Trust & Love the Gospel

Being A Jesus-Centered Church
Romans 5:1-11

Subscribe to receive email updates with the latest news.